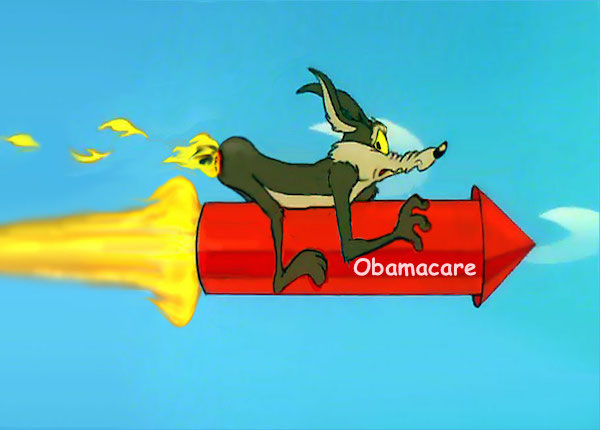 My best friend is an ER doctor in Florida, and he told me this would happen. Actually, he’s now the chief medical director for the same hospital where he’s spent most of his career as an ER physician.  Back when Obamacare was being crafted, he predicted that the ACA would force patients with limited or no insurance into ER care at his hospital and others across the nation.

This is in direct contrast to a stated goal of Obamacare, which is to provide better access to primary care, thereby reducing pressure on emergency rooms.

One reason that isn’t happening is a shortage of primary care physicians. But there are other clear causes, including the fact that numerous primary care doctors have either stopped accepting Medicaid or have pulled out of the exchange altogether; a reality that, on it’s own, could completely short-circuit the ACA.

One of the interesting omissions in the ACA is that health care providers are not required to participate in the exchange. Judging from my own professional experience as a broker, this has led to a virtual mass exodus of doctors who once participated in exchange networks. In fact, this is one of the reasons I discourage clients from joining the California exchange, even though I’m a certified agent for both federal and state exchanges.  Consumers are enticed through sizable subsidies to purchase a plan through the exchange, only to find that many of the in-network providers are no longer accepting exchange plans.

Why? Perhaps it’s because these doctors feel they are underpaid in the exchange networks. Or perhaps the incompetence and mismanagement which plague California’s exchange is too burdensome administratively for providers.

No matter the cause, what good is a plan that doctors won’t accept, even if the premium is pennies on the dollar?  Think about that for a minute, and where it inevitably leads us in the evolution of health care.  But back to the ER…

My Florida friend points out that ER facilities are one of the only entities in America that must provide service even if the customer can’t pay.

Maggie Gill agrees. The CEO of Memorial University Medical Center in Savannah, GA says “Nobody wants to turn anyone away, but there’s no business in this country that provides resource-intensive anything and can’t even ask if you’re going to be able to pay.”

Think about that the next time you’re at the ER waiting for hours to have someone look at your ruptured spleen.  Thank you, ACA. 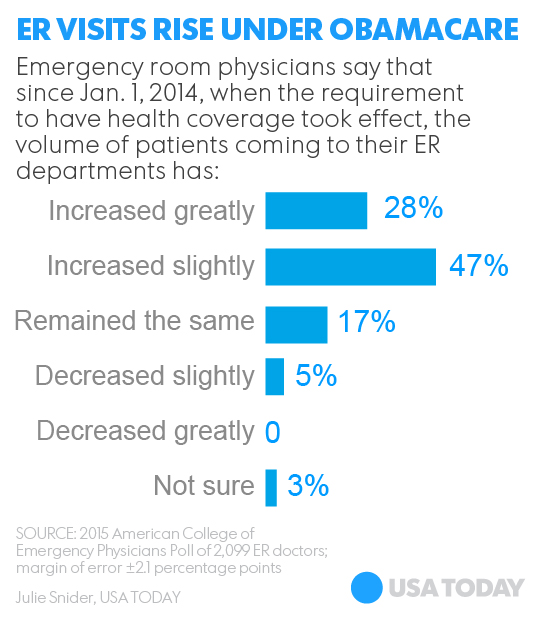 Chris did an amazing job helping my company setup a retirement plan that was very specific to our company and our industry. We have been very pleased … END_OF_DOCUMENT_TOKEN_TO_BE_REPLACED

I cannot thank you enough for your quick response and site visit. Our Site Manager called today to thank me, and let me know what a great service you … END_OF_DOCUMENT_TOKEN_TO_BE_REPLACED

Chris provided an amazing way for my artists to save money and reduce costs. Chris has taken each individual artist and customized a plan according to… END_OF_DOCUMENT_TOKEN_TO_BE_REPLACED

Chris was diligent in finding us just the right plan to fit our needs and our business. And we found a great relationship in him as well. Thanks Chris… END_OF_DOCUMENT_TOKEN_TO_BE_REPLACED

Chris Nesbitt is the best. I have worked with several financial consultants over my 30 years as an attorney and as an investor. Chris explained the av… END_OF_DOCUMENT_TOKEN_TO_BE_REPLACED

I have known Chris Nesbitt for over 15 years.  He is a man of integrity, with whom I would entrust any of my worldly possessions, including my life sa… END_OF_DOCUMENT_TOKEN_TO_BE_REPLACED

After we received notification from our health insurance company that they were cancelling our existing group plan due to the ACA, Chris helped us nav… END_OF_DOCUMENT_TOKEN_TO_BE_REPLACED